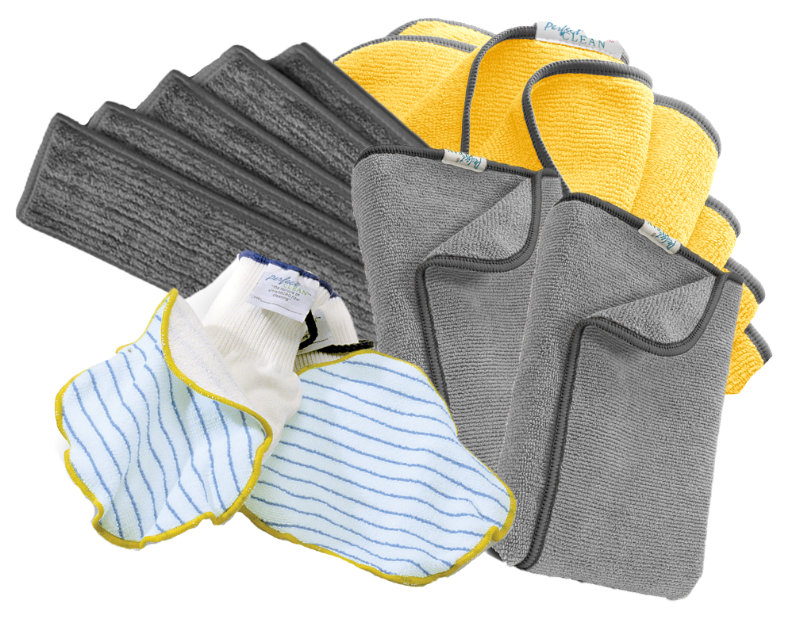 PerfectCLEAN products are award winning, non-chemical antimicrobial microdenier fiber products developed for the medical and hospitality industries to block the spread of deadly contaminants. They are the only cleaning products patented with built-in antimicrobial product protection. This feature results not from chemicals or other toxic compounds but from the very structure of the fabric itself.

While they may look like the usual micro-fiber products from the outside, on the inside, it's far superior. The fibers in PerfectCLEAN are more accurately called microdeniers because of the triangular- shaped fibers that are 4-6 microns in size. These microscopic fibers outnumber normal microfiber by a factor of 10, providing far more surface area with which to trap and remove bacteria. They are snag-free and lint-free, too. The sheer quantity and shape of these fibers go far beyond cleaning just dirt and grime. They actually remove 99% of all bacteria!

The fibers are so small they are able to get down into the invisible crevices of a surface to trap and remove particles, bacteria (2-8 microns) and contaminants that other fibers simply can't reach. When damp, PerfectCLEAN's dense triangular fiber structure creates an enormous surface area within each wiper which accelerates and increases the wicking of solutions up to 8 times its weight in water. This results in much easier and faster cleanup of spills which also reduces the potential for stains to develop.

In addition, the performance of PerfectCLEAN is enhanced by the material's overall positive (+) electrostatic charge which is greater than those developed by disposable dust sheets that employ chemicals. PerfectCLEAN fibers act as thousands of tiny magnets that attract dust particles, bacteria, pollen and other organic particles, all of which have a negative (-) charge. The antimicrobial properties of PerfectCLEAN products do not depend on silver, or any chemicals, that can harm humans or the environment. Rather, it is antimicrobial by design of the fabric itself! 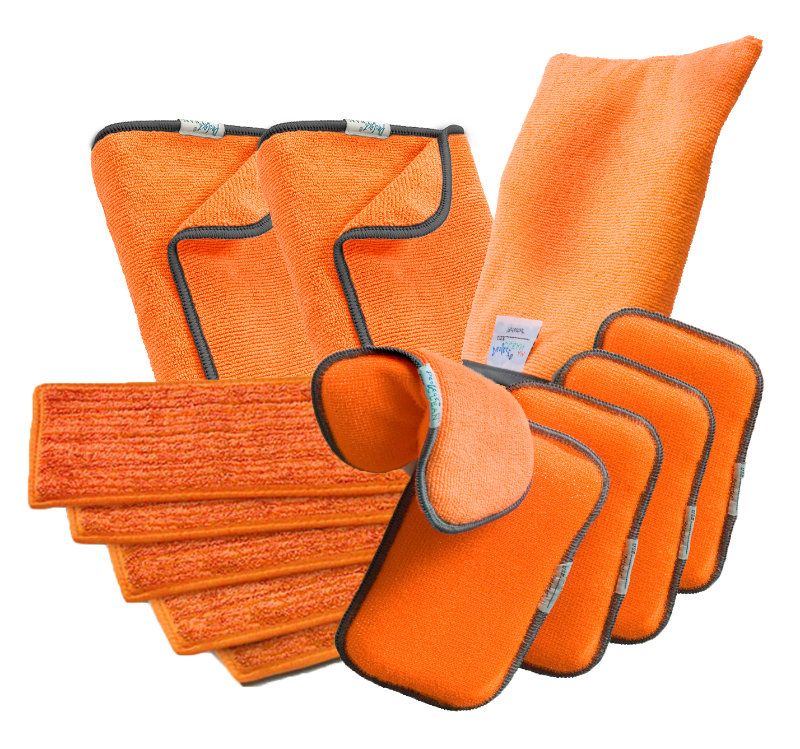 Independent laboratories have tested PerfectCLEAN and have shown an unrivaled performance and quality that supports Class 10 cleanroom classification. That meets the US FED STD 209E (ISO 4) cleanroom standards, which limit the tiniest of airborne pollutants such as dust, airborne microbes, and aerosol particles in controlled environments such as the aerospace, semiconductors and pharmaceutical industries.

Developed to meet the rigorous quality, durability and performance standards of the health care, hospitality and commercial laundry industries, this product will out-perform any cleaning products currently used.