The Real Cost of HAIs 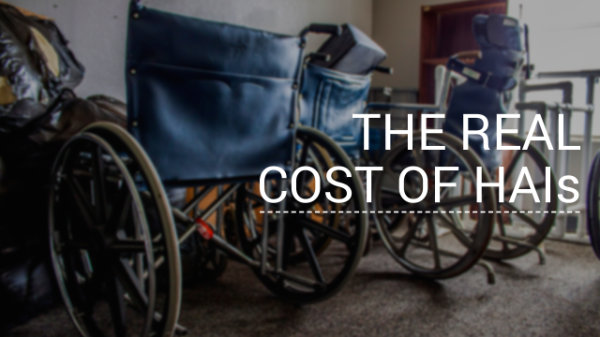 The report, “Economic Burden of Healthcare-Associated Infections in U.S. Acute Care Hospitals – Societal Perspective,” estimates that HAIs cost America from $96 billion to $147 billion annually. The report, by MedERA and funded by an unrestricted educational grant from UMF Corporation, estimates for the first time the societal cost of HAIs attributed to acute care hospitals.

At the time of its publication, Albert Marchetti, MD, president and medical director of MedERA, noted, “Before this report, economic research into HAIs mostly focused on hospitals or insurers instead of the patients they served. Full societal costs, which are more inclusive than commonly reported direct hospital costs, have never been fully measured or reported. We believe patients rightfully deserve attention, too, because they not only bear out-of-pocket expenses for HAIs but also suffer the unacceptable clinical consequences of heightened morbidity and mortality as well as resultant losses of productivity and wage.”

By comparison, an earlier report by the Centers for Disease Control and Prevention (CDC) estimated the direct medical costs of HAIs to U.S. hospitals as $28.4 billion to $33.8 billion per year. “The MedERA research updates these numbers and calculates the full economic impact of HAIs on all of America – one that comprises a toll not only on the hospitals in which they occur but also on others, namely payers, patients and society at large,” Dr. Marchetti said.

The MedERA report helps to reveal the true scope and magnitude of the HAI problem in America, which supports our view that HAIs are at epidemic levels. Dr. Marchetti believes these costs could actually be even higher, especially when you take into account LTC facilities and the like, and he calls for new epidemiologic research to update infection rates and patient mortality.

We’re happy to see this newly updated information being included in HAI studies, like those included in further reading: